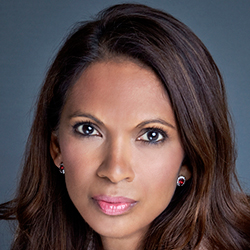 Campaigner Gina Miller believes that a scheme that the UKâs Financial Conduct Authority is proposing to set up to compensate people for its regulatory failures cannot work in the interests of consumers and amounts to a non-compensation scheme. Her True and Fair Campaign argues that claimants are unlikely to meet the conditions that it lays down.

The subject matter of my objection to the FCA is CP20/11, a consultative document propagated by the Financial Conduct Authority, the Prudential Regulation Authority and the Bank of England on the subject of complaints against the regulators.

Part 6 Financial Services Act 2012 requires the Financial Conduct Authority to run a scheme to investigate complaints against it, as opposed to complaints against the businesses that it regulates. The FCA’s proposals for this new compensation scheme are unfair, immoral and illegal.

Not only does the scheme amount to a proposal to contravene the Financial Services Act 2012; it flies in the face of one of the FCA’s three operational objectives dictated by the Financial Services and Markets Act 2000, namely “securing an appropriate degree of protection for consumers.” Were the proposed scheme to come into force, it is unlikely that there would be any compensation payments. This is due to the proposal in 4.10 that “we would consider making a compensatory payment only where adequate documentary evidence of the loss has been provided and the following further conditions have been met: we are the sole or primary cause of the loss; and there has been a clear and significant failure by us.”

This consultative exercise is highly damaging to the credibility of the FCA as a fit and proper regulator in terms of protecting consumers, not just due to the sly manner in which it has been undertaken, or the proposed setting of arbitrary compensation caps, but the fact that the qualifying requirements for claims are nigh-on impossible for claimants to ever meet. Who signed this scheme draft off? Should that person remain at the FCA?

The timing of the consultative exercise

There is an urgent need to review the existing compensation scheme because incidences of financial scandals have been increasing in recent years.

The FCA has paid out a disturbingly low total amount – just £13,475 – over the last 18 months to people who have complained successfully about its own conduct-related failings. However, the manner and timing of this consultative exercise – launched quietly during the summer holidays, in the midst of a pandemic, without being advertised or press-released, with an initial eight-week timeline for contributions, compounds what appears to be an attempt by the FCA, by stealth, to put in place an anti-consumer and substantively inferior new compensation scheme.

On 24 September, FCA chairman Charles Randell admitted to the regulator’s Annual Public Meeting that some reviews regarding the collapse of London Capital & Finance, the Connaught fund scandal and the mis-selling of interest rate hedging products, expected between October and early next year, would see the regulator facing fierce scrutiny over its handling of these three major scandals. Similar comments have been made by the outgoing Chief Executive Chris Woollard, who said that the regulator was about to learn some "painful lessons" from reviews of the regulatory system this autumn. All of this begs the question: is this why the FCA is rushing through this proposed compensation scheme? Does it want to pre-empt the publication of these three major reviews?

The scheme about which the FCA is consulting people appears to be in breach of the 2012 Act as the investigator specified by this Act would not be free at all times to act independently of the regulators. This is because the scheme, if implemented, would restrict the circumstances under which he or she could investigate complaints. The initial truncated eight-week consultation period also contravened some “consultation principles” set out by the Government as there was little media on hand to announce the consultation. I alerted the Treasury Select Committee to my concerns on 8 September and Mel Stride MP, the Chairman of the Parliamentary Treasury Committee, wrote to the FCA on 11 September to say: “Given the interest in the consultation expressed to the committee and elsewhere, I ask that serious and urgent consideration be given to extending the consultation period, as an 8-week period may no longer be sufficient.”

As a result, the consultative period was extended to 12 October, but the True and Fair Campaign remains of the view that this contravenes section 86 Financial Services Act 2012 as the FCA did not publicise news of this extension through the media, a press release or a clear enough message on its website. The Act says that timeframes for consultation should be proportionate and realistic so as to allow all concerned enough time to respond in a considered way. If the consultative exercise spans all or part of a holiday period, policy makers should consider what (if any) effect there may be and take appropriate action to right wrongs. The timing and length of a consultative exercise should also be decided on a case-by-case basis; there is no set formula for establishing the right length. Given the importance for past and future victims of financial failings to contribute to this conclusion, for example the victims of Woodford, LCF and Connaught, to name but a few, it seems evident that this consultative timeframe (against the backdrop of a pandemic and lack of notification) is insufficient and could render the whole exercise open to judicial review.

The scheme proposes to limit both the scope for the payment of compensation to complainants and the scope for doing so. The Act contains no such restrictions, and we therefore believe that the proposed scheme could not comply with the obligations that the Act imposes on the regulators.

The new proposals not only threaten to reduce the scope for claims, thereby unfairly disadvantaging victims, but also aim to set a cap on compensatory awards of £1,000 for victims who have experienced distress and inconvenience and £10,000 for those who have experienced financial losses. These caps are set at an inexcusably low level and are by definition anti-consumer. We would highlight the response of the outgoing Financial Regulators’ Independent Complaints Commissioner, Antony Townsend, in which he expresses significant concern that the proposals may “represent an explicit fettering of compensation for direct financial loss”

It is worth noting that, last year, the Financial Regulators Complaints Commissioner published 63 final reports: 62 relating to the FCA, one to the Payments Systems Regulator and none to the BoE or PRA. In view of the above and the extent of harm caused to individuals and small businesses by regulatory failure by the FCA since 2016, the FCA ought to suspend this consultative exercise until the results of all three major reviews of financial scandals (see above) have been published. This done, the consultation should recommence but over a more stately and orderly timescale, and with the attendant publicity that properly reflects its importance. The primary function of the compensation scheme should be to compensate. Instead, it appears to have been designed to shield the FCA from liability to consumers who have suffered losses from its failures to act well.

PIMFA says to the FCA: have I got views for you

Lau Tin Yau fined HK$36,000 for not telling SFC that he had been charged with offence