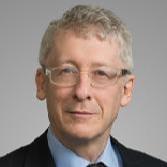 In an Executive Order, President Joseph Biden of the United States has told federal financial regulatory agencies to develop a comprehensive strategy to reduce 'risks' related to climate change and associated things. Compliance officers at private banks that handle and promote ESG investments will eventually have to take stock of the results.

Biden stated that the desire of countries around the world to cease to use carbon-intensive energy is creating "opportunities to enhance US competitiveness and economic growth." According to the EO, the strategy must include the following elements.

The EO also includes specific instructions to the Secretary of the Treasury and eight other agencies, telling them how to further the new policies.

That President Biden would direct the financial regulators to calculate the costs of achieving the EO's climate goals without specifying the means by which the goals are to be achieved suggests a certain futility to the exercise. How can the financial regulators amass the requisite information to calculate the costs of building nuclear power plants, windmills and solar farms without some guidelines to help them work out the right numbers and sizes of each type to be built? Are they to do their calculations on the basis of a change in agricultural practices, such as a trend towards vegetarianism? Or perhaps on the prediction that business travel and flights are to be replaced by Zoom meetings? A meaningful estimate of costs depends upon a very clear idea of what the people involved have to purchase. As it is, it looks as though the regulators will produce cost-estimates that have a politically attractive number of zeros on the end, but are devoid of any relationship with the physical world.

The separation of the EO's direction to conduct financial analysis of the results of climate change from practical substance is emphasised by the inclusion in the EO of multiple catchphrases unrelated to climate change, such as "worker empowerment." To take the EO back to the physical world, one of President Biden's first actions in office has been to revoke permits for the Keystone XL pipeline, costing some jobs. That does not prove that the cancellation of the pipeline was bad (or good), but it does indicate that the administration's goals with respect to climate change, on the one hand, and with respect to "worker empowerment," on the other, are largely unrelated to each other and are as likely to come into conflict as to be congruent. In that case, which goal is to take priority? To take this back to the EO itself, how should the federal financial regulators take into account "worker empowerment" when they calculate the economic effects of climate change? Does it add to the costs or subtract from them? Or is it unrelated?

President Biden's EO calls to mind a poem by ee Cummings, next to of course god america i. The EO and the poem share the same torrential outflow of catchphrases: for the poem, it is "the land of the pilgrims" and the "voice of liberty"; for the EO, it is "climate change" and "worker empowerment."