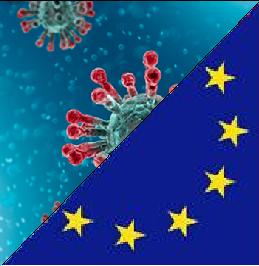 This article contains a summary of recent regulatory developments in the European Unionâs investment services sector and capital markets. The European Supervisory Authorities or ESAs have been issuing orders and opinions to the national regulators of the European Union in their efforts to help the financial sector cope with the world crisis.

Ever since the Coronavirus outbreak came to dominate the life of Europe, the status quo in the European Union’s investment services sector and capital markets has changed dramatically. New developments emerge almost every day and the industry is in turmoil. Below we summarise the most important EU regulatory developments that have occurred in response to this pandemic in March.

Extremely adverse circumstances that constitute a serious threat to financial stability and confidence in markets have prompted a number of national competent authorities in the EU to ban net short positions for any shares or debt instruments listed on trading venues which they regulate. The regulators of Austria, Belgium, France, Greece, Italy and Spain imposed such bans.

The net short position prohibits both short selling and any transaction that creates or relates to a financial instrument, the effect of which transaction is to confer a financial advantage on the natural or legal person in the event of a decrease in the price or value of another financial instrument (meaning options, contracts for differences, spread bets etc). The ban applies irrespective of whether the transactions occur on an exchange or "over the counter." The only entities exempted from the net short position ban are authorised primary dealers and market makers who have applied for the exemption afforded under Article 17 of the EU's Short Selling Regulation.

ESMA has also issued a decision which temporarily requires the holders of net short positions in shares traded on regulated markets in the EU to notify their national regulators if those net short positions reach or exceed 0.1% of the issued share capital after the entry into force of said decision. ESMA says that it "considers that lowering the reporting threshold is a precautionary action that, under the exceptional circumstances linked to the...pandemic, is essential for authorities to monitor developments in markets."

In an effort to offset the worst financial effects of the viral contagion, ESMA issued a public statement on 26th March which said the following.

"ESMA expects competent authorities not to prioritise their supervisory actions towards counterparties, entities responsible for reporting and investment firms in respect of their reporting obligations pursuant to SFTR or MIFIR [the EU's Markets in Financial Instruments Regulation], regarding SFTs concluded between 13 April 2020 and 13 July 2020 and SFTs subject to backloading under SFTR, and to generally apply their risk-based approach in the exercise of supervisory powers in their day-to-day enforcement of applicable legislation in this area in a proportionate manner."

The recording of telephone conversations

ESMA has issued a public statement to the effect that the spread of the infestation may stop some firms from recording voice communications as required by MiFID II. ESMA expects such firms to consider taking steps to offset the related risks and also expects them to strain every sinew to resume recording as soon as they can.

ESMA has made a public statement to promote the consistent application of International Financial Reporting Standards (IFRS) all over the EU and to stop countries from applying IFRS 9 in different ways in the context of the outbreak. The statement deals with the accounting implications of the measures that national governments and pan-EU bodies have taken or proposed (for example, various moratoria on the repayment of loans) to assuage the bad economic effects of the plague.