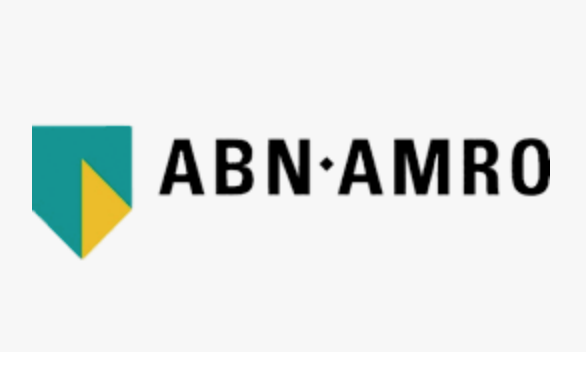 State-owned ABN AMRO Bank NV has struck a settlement with the Netherlands Public Prosecution Service (Openbaar Ministerie), which has accused it of having broken the Anti-Money-Laundering and Counter-Terrorism-Financing Act (Wet ter voorkoming van witwassen en financieren van terrorisme) for years and in a systematic manner.

The NPPS states: "This happened in such a way that the bank is also accused of culpable money laundering."

According to the NPPS, with this settlement ABN AMRO is "taking accountability for the criminal acts." The police are still investigating various people for criminal culpability and have identified three as "suspects effectively responsible for violation of the AML/CTF Act by ABN AMRO." They are former members of ABN AMRO’s board of directors.

ABN AMRO is one of the three largest banks in Holland. The Dutch Central Bank (De Nederlandsche Bank NV) rates it as a systemically important bank because it has millions of account holders in Holland alone and many HNW customers throughout the globe and processes more than a billion transactions per year.

The criminal investigation revealed that, over several years, the bank fell seriously short of compliance with the AML/CTF Act. As a result, various criminal clients were able to abuse bank accounts and bank services for a long time. According to the NPPS, ABN AMRO should have known that certain flows of money through bank accounts held at ABN AMRO might have come from crime. The bank failed to act upon this sufficiently. The NPPS reproaches the bank for breaking the AML/CTF Act and being culpable of money laundering.

Start of the investigation

As part of its supervisory duties, the central bank has conducted a number of investigations into ABN AMRO’s compliance with the AML/CTF Act and has uncovered epic wrongdoing. It found the bank's transgressions to be "serious and culpable" and, on several occasions, it disciplined the bank.

For instance, as a result of its private-banking themed investigation in 2014, it found that the bank was not being "client duly diligent" enough, to borrow an ugly official term. In several files that pertained to clients who appeared to pose fairly high money-laundering risks, their identification and the verification of their identities was not in order, the purpose and intended nature of business relationships with them was unclear and the origin of their assets was not substantiated well enough and with objective and verifiable documents.

In many a file, the bank had not done enough to work out whether the client or the ultimate beneficial owner was a "politically-exposed person" or PEP, in which case it should have conducted "enhanced CDD." Consequently, in 2015, the central bank imposed an order (subject to a penalty) on ABN AMRO, telling it to review all Private Banking Nederland client files, correct them when necessary and obey the law in future.

In addition, the Dutch Fiscal Information and Investigation Service (Fiscale Inlichtingen- en Opsporingsdienst or FIOD) had received "concrete signals and indications" about dozens of clients of ABN AMRO's whom the bank was failing to check. The FIOD embarked on a criminal investigation in the second half of 2019, under the direction of the National Office for Serious Fraud, Environmental Crime and Asset Confiscation (Functioneel Parket) and the National Office (Landelijk Parket).

On the basis of the criminal investigation, the NPPS says that ABN AMRO was guilty of serious shortcomings in its compliance with the AML/CTF Act. With regard to each of its four business lines, it was for example determined that client data or documents were missing, or that the source of data in client files was unclear.

The criminal investigation also revealed that in several Business Lines, ABN AMRO did not properly conduct "client due diligence" or CDD, i.e. it did not check people's and companies' backgrounds and information properly. A key element of CDD is the risk assessment and, as a result, risk classification. ABN AMRO assigned risks inaccurately.

It emerged for example that ABN AMRO classified around 5.5 million mass retail clients in its lowest risk category, which it called ‘00 neutral’, on the basis of an automated analysis of identifying data – in other words without adequate risk analysis. For these clients, in other words, it 'structurally' (which presumably means systematically) failed to carry out CDD in enough depth.

Moreover, the criminal investigation revealed that the expected use of cash - which carries a high integrity risk – was not sufficiently taken into account when determining the risk profile and risk classification of the majority of clients of ABN AMRO.

The NPPS also found that ABN AMRO did not do enough to monitor its clients continually in order to ensure that they still fitted their risk profiles. Sometimes banks have to reassess clients in line with ‘events’ such as the Panama Papers – ABN AMRO fell short here as well. At various times, each of the four business lines at the bank experienced large backlogs. In addition, for its mass retail and private banking clients, due to the classification ‘00 neutral’ or ‘neutral,’ it only carried out "event-driven reviews."

ABN AMRO also fell short when processing the alerts generated by its transaction monitoring system. Indeed, the system generated more alerts than the staff were able to handle and the bank struggled with a backlog for years. There were several instances of late reporting to the financial intelligence unit or FIU.

The bank’s exit process left much to be desired. It consequently did not end relationships with clients who posed ‘unacceptable’ risks. Sometimes, clients whom the bank had ejected were subsequently welcomed back into the fold.

The prosecutors speculate that ABN AMRO must have missed numerous signals of money laundering and other forms of financial/economic crime over the years and that the volume of this failure – although massive – remains unknown. This appears to be its main justification for the size of the fine.

The NPPS says that ABN AMRO should have reasonably suspected that certain money flows passing through the bank accounts of its clients originated from crime. It has sifted through unusual transactions that do not fit the nature of the business, unclear statements regarding the origin of funds, money laundering signals with regard to clients that it gleaned (and that the bank therefore also ought to have gleaned) from public sources, alerts from the transaction monitoring system and large deposits of cash. It adds: "ABN AMRO repeatedly proved unable to effectively combine these signals and to respond upon them adequately. These circumstances lead to the accusation of ABN AMRO of culpable money laundering by the NPPS."

Before and during the criminal investigation, the FIOD received specific signals and indications regarding dozens of clients of ABN AMRO that ABN AMRO had possibly fallen short in fulfilling its gatekeeper function with regard to those clients. A number of these signals were extensively investigated by the FIOD, revealing that various shortcomings had actually led to abuse of accounts and other services of ABN AMRO.

One client of ABN AMRO's, to whom the bank allocated the lowest risk classification possible, had already been ejected as a customer in the 1990s because he had been involved in fraud. The bank accepted him as a customer once again in 2014 and gave him another bank account. More than €2.2 million was transferred through the bank accounts of this client's private limited companies and the transactions on the bank accounts of those companies did not fit their business activities, as stated on registers at the Chamber of Commerce.

In addition, the customer made cash deposits in €500 notes, which the European Union was accused of creating in 2002 with the express intention of helping money launderers. Needless to say, the use of €500 notes is a warning sign for money laundering. The client is suspected by the police and the NPPS of involvement in laundering drug money for criminal groups, using the accounts of his companies at ABN AMRO in the process.

In the opinion of the NPPS, ABN AMRO has missed many money-laundering signals that came its way in the period between 2014 and 2020.

The NPPS says that it "attributes these offences to the organisation as a whole," which might herald the letting-off of the three suspects who used to be directors. It says, after all, that "this does not necessarily entail that they will be prosecuted by the NPPS."

Conclusion of the criminal case

The NPPS breaks the €480 million down into a fine of €300 million and a 'disgorgement' of unlawfully obtained gains in the amount of €180 million. As drug-money-laundering is a victimless crime, this latter sum (like the former sum) will go to the State.