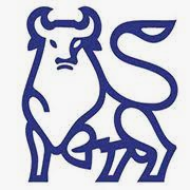 The US Financial Regulatory Authority has ordered Merrill Lynch, Pierce, Fenner & Smith to pay more than US$8.4 million in restitution to more than 3,000 customers who might have incurred excessive sales charges in connection with early rollovers of Unit Investment Trusts or UITs. FINRA also fined the firm $3.25 million for failing to supervise early UIT rollovers reasonably.

A UIT is an investment company that offers investors shares, or “units,” in a fixed portfolio of securities in a one-time public offering that finishes on a specific maturity date, often after 15 or 24 months. As a result, UITs are generally intended as long-term investments. There is usually an initial and deferred sales charge and a creation and development fee.

FINRA has stated: "A registered representative who recommends that a customer sell his or her UIT position before the maturity date and then “rolls over” those funds into a new UIT causes the customer to incur increased sales charges over time, raising suitability concerns."

Merrill Lynch executed more than $32 billion in UIT transactions between January 2011 and December 2015, including approximately $2.5 billion in which the UITs were sold more than 100 days before their maturity dates and some or all of the proceeds were used to purchase one or more UITs (early rollovers). FINRA says that the firm’s supervisory system was not doing enough to identify those early rollovers.

Although the firm’s automated reports recorded each time when a representative recommended an early rollover of a UIT that the customer had held for seven months or less, there was no equivalent report for any longer period. As a result, there might have been thousands of unsuitable early rollovers that, collectively, may have caused more than 3,000 customers' accounts to incur more than $8.4 million in sales charges that they would not have incurred had they held the UITs until their dates of maturity.

In settling the matter in a letter of acceptance, waiver and consent, Merrill Lynch neither admitted nor denied the charges.

FDIC seeks comment on digital asset use by banks