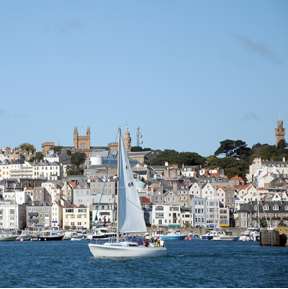 Julian Winser has been sworn in as a Guernsey Financial Services Commissioner after being approved by the States of Deliberation. The vacancy arose when Bob Moore, the commissionâs former vice-chairman, retired. Winser's appointment will 'go live' on the retirement of Dr Cees Schrauwers in December.

Winser was an officer in the Royal Green Jackets and the Army Air Corps. On leaving, he spent ten years at Baring Asset Management in operations and investment management and subsequently 23 years at Schroders, working in the investment market on behalf of both private clients and institutions. Between 2005 and 2020 he was the CEO of Schroders’ offshore private client business (based in Guernsey) which operated in the Channel Islands, Gibraltar, Malta and Bermuda, while also being part of the team that managed Cazenove Capital worldwide.

He has been a trustee of Youth Clubs UK, the president of the Guernsey Chamber of Commerce and the chairman of the Guernsey Youth Commission. At the moment he chairs the Shadow Governors of the Guernsey Institute, the Guernsey Friends of DofE and Garenne, a privately-owned construction group. He is a trained mediator and an advisor to the Oxford Process, an international organisation that resolves conflicts.